What is cancer-related fatigue?

It’s probably safe to say that just about everybody knows that having cancer is tough. It’s a life-changing experience. When you are diagnosed with cancer, your life screeches to a halt and you switch to survival mode. However, what most people don’t seem to know is that life after cancer can be just as exhausting. One of the most common issues former cancer patients have to deal with is cancer-related fatigue (CRF). This long-lasting form of fatigue affects 30 to 40% of all (former) patients, so you are not alone in your struggle. Even though this is such a large scale issue, not that much is known about cancer fatigue. Many patients don’t know that it’s ‘a thing’ and more or less accept it as part of the disease.

CRF is so much more than normal fatigue 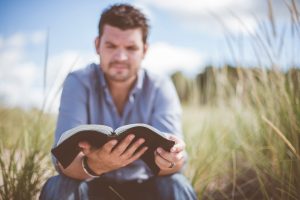 Everybody gets tired at one time or another. Cancer-related fatigue, however, is not ‘normal’ fatigue. It’s mental and physical exhaustion. It has a huge impact on every aspect of your life. It can kick in totally unexpected and rest or sleep doesn’t help to get your energy back. You may wake up in the morning, drag yourself to the shower, undress and… you’re exhausted again. This is a pretty common example of the severe fatigue you may be experiencing. CRF is different for different people though. If you feel in any way that you are abnormally tired or lack energy, talk to you doctor about it.

It’s important that you take action, because dealing with CRF can be incredibly frustrating. You want to do things, but you simply can’t bring yourself to do them. All of a sudden, your personal boundaries are easily crossed. This can be a pretty rough deal, not only for yourself, but also for your family, friends and colleagues. It may be hard for them to understand why you won’t come to a party, can’t cook for your family or why you’ve cut down your working hours.

If only there were one simple answer to this question. As if having cancer isn’t enough, it comes with all kinds of unpleasant bonus features, such as anemia, nausea, anxiety, lack of sleep and worrying. These side-effects won’t magically disappear once your treatment has finished, so both your body and your mind keep facing Olympic-sized challenges. You can imagine that all of these factors combined have a huge impact on your energy level. Who wouldn’t get tired?

Is there a solution?

Patients tend not to talk about their fatigue. Doctors often don’t ask about it. And even if it does come up in conversation, health care professionals are not always aware that CRF can actually be treated. This is a real shame, because cancer-related fatigue isn’t ‘just part of the disease’ and you don’t have to live with it forever. It can in fact be treated. Because a lot of factors may be contributing to your cancer fatigue, it won’t come as a surprise that treatment should be multifaceted as well. A combination of psycho-education, cognitive-behavioral therapy and physical exercise has proven to reduce CRF. In other words, knowing the mechanisms of your fatigue and how to respond to them is part of the solution. Staying active, even though you probably don’t feel like it, is the other part. Ask your health care professional about your options.